After three elections and 17 months of election campaigns and coalition negotiations, Netanyahu and Gantz had signed a deal for the establishment of a new government.

After three inconclusive elections in the past year, the creation of the new government forestalls what had appeared to be an inevitable fourth election and offers a deeply divided Israel a chance for national healing and unity as it battles the pandemic.

The deal, announced by the two men’s political parties at 7:15 p.m., extends Mr. Netanyahu’s tenure as Israel’s longest-serving leader and, coming after his conservative coalition failed to win a majority, cements his reputation as a canny political survivor who can never be counted out.

For Mr. Gantz, a former army chief and relative political novice, however, the agreement may end up having the opposite effect. The move was a stunning turnabout after his repeated campaign vows that he would never serve with a prime minister under criminal indictment, and a disappointment to many of his supporters who see it as a capitulation to a leader they had wanted to oust.

For now, the agreement offers a vital lifeline to Mr. Netanyahu, who can now fight his corruption trial from the prime minister’s office.

By seizing the initiative and taking aggressive steps to combat the coronavirus, Mr. Netanyahu had already gone a long way to reasserting his leadership and varnishing his international profile.

Mr. Gantz’s assent to a joint government led to the immediate breakup of his centrist Blue and White party, dismantling the most formidable adversary Mr. Netanyahu faced during his last 11 years in office.

Many of Mr. Gantz’s former supporters have accused him of betraying them by joining Mr. Netanyahu’s right-wing and religious coalition. Some analysts said the decisions may have ended Mr. Gantz’s nascent political career. 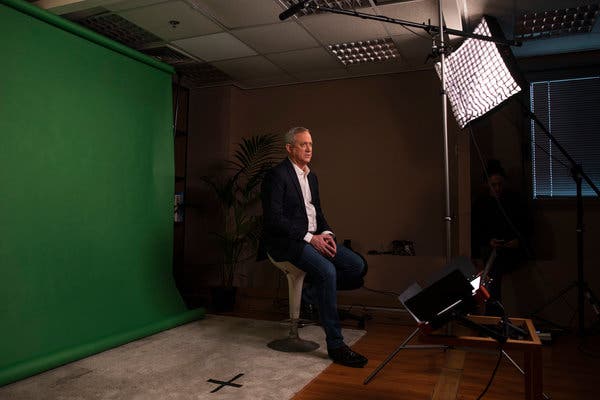 Mr. Gantz has argued that given the public health crisis, it was the only responsible thing to do.

The coronavirus is known to have infected more than 13,600 Israelis, and has claimed at least 173 lives so far. The country has been under lockdown, with potentially devastating economic consequences, and is only beginning to allow some businesses to resume operation under strict conditions.

After the last election, on March 2, a diverse, Gantz-led array of anti-Netanyahu forces, ranging from Arab and Islamic parties to Jewish ultranationalists, gained a slim majority of 61 parliamentary seats in the 120-seat Parliament. Cooperating to form even a minority government proved impossible, but Mr. Gantz and his allies did agree to try to deny Mr. Netanyahu yet another term, either by enacting term limits or by passing a law to bar an indicted lawmaker from forming a government.

There is little prospect now of such legislation being passed. Instead, Mr. Netanyahu gains crucial leverage by remaining prime minister if he tries to negotiate a deal with state prosecutors or even to reapply for immunity from prosecution.

Despite the sense of urgency to form a joint government to fight the virus sweeping through the country, the final sticking points in the negotiations were political. According to Blue and White representatives, they included differing approaches to President Trump’s proposal to resolve the Israeli-Palestinian conflict: Mr. Netanyahu has pledged to swiftly and unilaterally annex large swaths of the occupied West Bank while Mr. Gantz has said he would support annexation only with international consensus, which has not been forthcoming.

They also disagreed over a change proposed by Likud in the procedure for appointing judges.

The agreement required compromises on both sides.

Still, it remains to be seen if the emergency government can outlive the coronavirus crisis, and if Mr. Gantz can survive it politically.

“This isn’t an emergency government, nor does it have anything to do with the coronavirus,” Sima Kadmon, a political columnist, wrote in Monday’s Yediot Ahronot newspaper. “Netanyahu managed to do to Gantz what he does to everyone: first skin him, then barbecue him.”

August 5, 2020
On accepting US election result, Donald Trump says ‘I have to see’ On accepting US election result, Donald Trump says ‘I have to see’